We are wanting to deliver the best possible and most requested training needed by our clients and are asking you to take a (2 minute – 6 multiple choice question survey) so we can provide outstanding value. 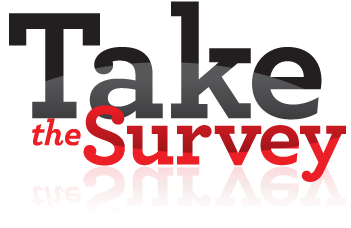 Thanks for your co-operation.

We would love to know what YOU want in terms of Training Development and Learning. Please fill out our quick 2-minute survey and as a bonus YOU will receive our Free SMART Goal Setting Action Plan valued at $47. Thanks in advance for completing our quick survey. Click Here now to begin. 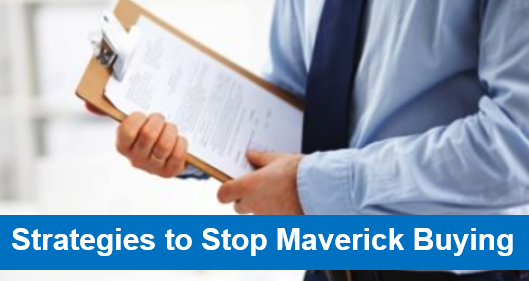 Tom DePaoli suggests that backdoor or maverick buying is a perplexing problem that plagues many purchasing organisations. The methods to counteract this behaviour are highly dependent upon the cultural climate and ethical standards of your organisation. There is no universal solution. People’s behaviours are influenced by consequences. If there are no consequences for backdoor buying the behaviour will continue and grow. Some of my suggestions are drastic, others are more reasonable. Purchasing professionals must use their judgement to select the appropriate actions that fit their organisation.

An important aspect to solving this issue is to remain objective and to try to gather data on the costs of backdoor buying. These could include lost discounts, lost rebates, and extra transactional work by purchasing and others. Many purchasing organisations know the average transactional cost of a regular transaction with an approved supplier. Try to calculate the extra cost with an unapproved supplier. Always control your emotions when discussing this issue.

Here are some reasonable tactics to create an organisational atmosphere and climate that helps discourage backdoor buying. In my experience the biggest offender is usually the engineering department. So, involve engineering in cross-functional supplier selection teams and standardisation initiatives. Make them a stakeholder in approving suppliers. Get the vice president of engineering on board with OEM (Original Equipment Manufacturer) standardisation and have them participate in OEM standardisation processes.

Consider establishing a policy of no gifts or gratuities to be accepted from suppliers by both purchasing and all other employees (zero tolerance). This discourages lunchtime promises or promise buys to suppliers by non-purchasing employees. Another alternative is to have purchasing have their own modest budget to entertain, socialise and conduct work sessions with suppliers.

One of the most effective drastic actions occurred when I worked for a global chemical company. The company had just spent over $200 million on a worldwide ERP system. The CEO sent out a strong memo saying that all purchases must be made on the ERP system and only from the approved suppliers in the ERP system.  Employees were required to use the new ERP system. The very first day four employees went off system to purchase some items from a non-approved supplier. The CEO personally fired them and publicised the results of the incident to all employees. There were no more such purchases.

Do your networking and informal work before you institute your policy. Meet one-on-one with stakeholders or in small meetings to explain your reasons for your policy and get their buy-in before you roll it out.

Establishing a policy against backdoor buying requires some deft manoeuvring by purchasing that correctly judges the culture of your organisation. Instituting the appropriate policy will help reduce backdoor buying. More important, you must enforce the policy and reprimand employees who violate it. A backdoor buying policy unenforced, is both hollow and meaningless. 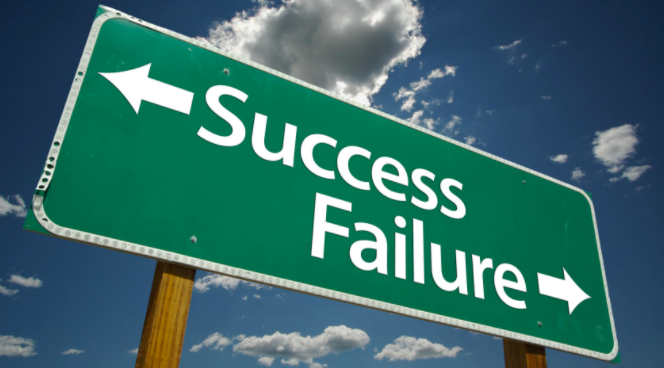 So, what does it mean to create a winning culture in your business?

Here are ten steps that provide a road map to success:

Sitting in the office Monday morning, Kanika Sharma, Zycus was trying to recall names of famous CEOs. The names that came to my mind were Steve Jobs, Larry Page, Mark Zuckerberg, Indira Nooyi and many more. What made Steve ‘The Steve Jobs’ a legend, a person driven purely by innovation, perfection, simplicity and belief in his dreams? This was followed by the question of what one can do to be the ‘The Steve’ of Procurement.

Innovate. In old times, innovation was usually associated with a mission of accelerated growth. But in present times, it is a prerequisite for simply staying competitive and maintaining past growth rates. This revised perspective of the purpose of innovation represents a profound break from the past, one requiring pervasive changes in every business services organisation, including procurement.

Example: Rick Hughes, Advisor to C-Suite Executives on Supply Management and Strategic Engagements. As a CPO for P&G, he took on what was already an active internal cost management program at P&G, but helped to instil a new, company-wide system that focused on what was measurable and deliverable. He streamlined processes in the supply chain as an alternative to asking suppliers to cut their margins. Most notably, Hughes was known for creating an important link with P&G’s Chief Marketing Officer, despite the suggestion that marketing and purchasing don’t play nicely together. This innovative approach of Hughes helped P&G with better return on marketing and advertisement investments.

Simplicity is the key. As Jobs always played it – ‘Simple,’ it is advisable for us to play it simple. Rather than using too much technical jargon, let’s try to explain the processes, systems and solutions in a simpler and easier way so that it can be understood by a person from a non-procurement background.

Example: Stijn van Els, CEO (designate) QP/ Shell Petrochemical joint venture. He previously worked as Executive Vice President, Contracting and Procurement at Shell. As supply markets fluctuate continuously, he and his team must precisely anticipate market movements and develop the right approach to source goods and services in a way that is more profitable and competitive. They came up with Enterprise Category Management. In this practice, regional employees around the globe reported ideas directly to the Shell C&P team, which is coordinated by Stijn. He kept it simple so that employees, even with non-procurement backgrounds, could contribute to the exercise, thus improving savings.

Look for misfits. Steve once said “Here’s to the crazy ones, to the misfits, the rebels, the troublemakers, the round pegs in square holes…” We are too obsessed with procurement professionals, procurement advisors, and procurement analysts; totally ignoring the misfits around us. The day when we will start appreciating the ideas coming from cross-functional minds we will certainly move a step ahead in this journey.

Example: Leslie Campbell, Member Board of Directors at Bideawee. She worked as a CPO at Reed Elsevier from 2007 to 2012. During her tenure she worked to build an open relationship with her team and suppliers to discuss areas that needed development. Being an advocate of importing talent from non–procurement backgrounds, because she believed that they could acquire the necessary knowledge. Her belief that these employees will become strong ambassadors for the procurement process, while adding cross-functional experience, turned into a reality for Reed Elsevier.

So, what does it take to be the Steve?

Mixing up the ‘like us and the not like us’ will help us to understand what it takes to be the ‘Steve of Procurement.’